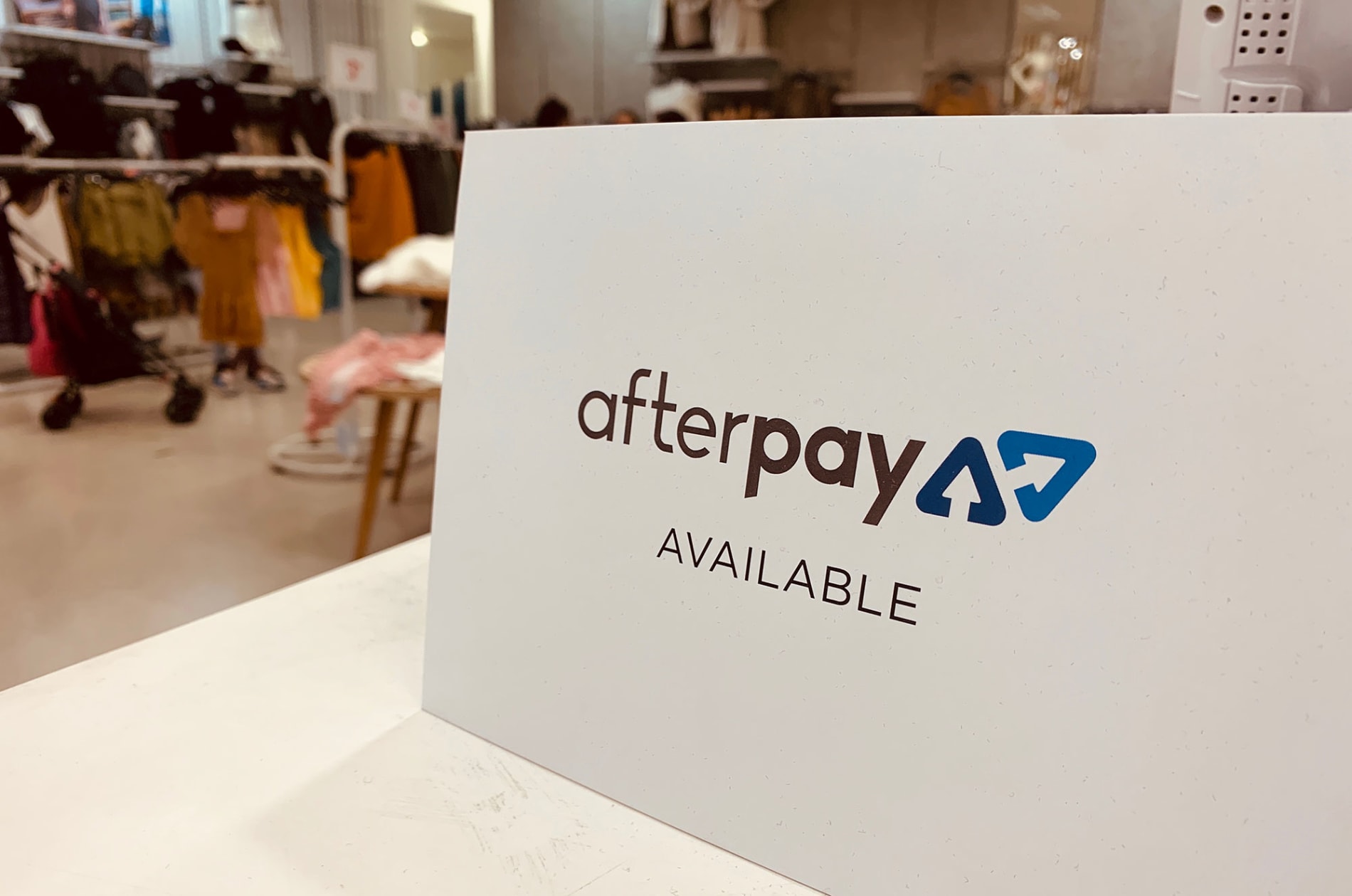 ‘Can’t afford it? Afterpay it!’ Fast growing payment service Afterpay has been accused of luring people into debts they may not be able to afford. Find out how it works and how to escape the ‘buy now pay later’ trap.

Joanne (not her real name) had a long list of bills to talk about. They were weighing her down financially and emotionally, too. The stress and pressure was mounting and Joanne was feeling, in her words, stressed and confused.

Joanne’s list of bills included 23 Afterpay charges—the least expensive, for a bunch of flowers; the most expensive, for an airline ticket. In between, was a range of other ‘Afterpaid’ items, including clothes, hairdressing services, homewares and pet products.

In truth, there isn’t much left that shoppers can’t buy with Afterpay. The fast-growing ‘buy now pay later’ service now has more than 43,000 Australian merchants offering the facility, and more than 3 million Australian users.

How does Afterpay work?

BNPL works like a layby, with the key difference being that there’s no waiting. You get to take your purchase immediately.

Your Afterpay purchase is then split into four instalments. You pay your first instalment at the time of purchase, and the remainder every fortnight.

Unlike credit cards or store charge cards, Afterpay purchases are interest-free. And with no credit checks involved, applying for an Afterpay account is super-easy.

In fact, approval for the service is instant. Applicants only need an active debit or credit card from which their Afterpay repayments can be made.

For Joanne, whose credit rating was affected by a history of late payments, Afterpay’s ‘no credit check’ policy was a way for her to access funds she couldn’t get otherwise.

How does Afterpay make money?

Most of Afterpay’s income ($443.8 million in 2020) comes from charging merchants and retailers who pay to use the payment facility (source: Afterpay Limited FY20 Annual Report).

The cost to merchants is around 5% of the transaction, which they are obliged to roll into the purchase price. Unlike credit card surcharges, which can be passed onto consumers, Afterpay’s ‘no surcharge’ rule forbids retailers from charging customers extra to use the Afterpay facility.

Critics of Afterpay’s ‘no surcharge’ restriction argue that the effect is to push up prices for all shoppers. As reported by the Australian Financial Review in February 2020,  Afterpay and the like have been accused of skewing the market “by hiding the true cost of using these kinds of services.”

There is also the not-trifling issue of late fees. Miss a payment and Afterpay won’t charge you any interest, but they will slug you up to $68. Afterpay’s income from missed payment charges is dwarfed by merchant fees, but still came to a tidy $68.8 million in 2020.​

Started in Australia and taking the world by storm

As far as success stories go, Afterpay is the darling of Australian fintech startups. The company went public in 2016 with a $125 million listing. Just four years later, according to Afterpay’s 2020 Annual Report, the company has since reached $502.7 million turnover from $11.1 billion in underlying sales. ‘Underlying sales’ refers to sales attributed to Afterpay via its retail network.

Much of this growth comes from expanding the brand into the United States and United Kingdom where Afterpay is growing in popularity.  So much so that by 2022,  Afterpay forecasts global underlying sales of $20 billion per annum.

If that weren’t reason enough for Afterpay to celebrate, Chinese tech-giant Tencent made a $300 million purchase of a 5% stake in the company in 2020. Some experts say that the collaboration is a step towards expanding Afterpay into China where the platform’s growth could be almost exponential.​

No interest, but late fees

While Afterpay purchases are technically interest-free, Joanne’s Afterpays were gathering missed payment fees at a rate that would exceed most credit cards. In addition to repaying the purchase amounts, the budgeting expert helping Joanne calculated she would need to budget around $500 in late fees.

How is this calculated? Well, according to the Afterpay website:

If a payment is not processed on or before the due date, late fees will apply – initial $10 late fee, and a further $7 if the payment remains unpaid 7 days after the due date. For each order below $40, a maximum of one $10 late fee may be applied per order. For each order of $40 or above, the total of the late fees that may be applied are capped at 25% of the original order value or $68, whichever is less.

If you’re wondering about the annualised equivalent of 25% over eight weeks, it’s a whopping 162.5% interest per annum.

In the same way Ernest Hemingway described how he found himself bankrupt—’Two ways: gradually, then suddenly’—Joanne explained that her Afterpay situation had “crept up overnight.”

This is backed up by Afterpay’s website that says the longer you’ve held an account, and the more purchases you successfully repay, the more likely you are to be approved for a higher amount. ​

Joanne’s experience is certainly not an exception. MyBudget has seen a rapid increase in the number of people seeking help with out of control Afterpay accounts. One of the most striking cases was a 26-year-old with more than 71 Afterpay purchases over 12 months.

Afterpay claims that 27% of Millennials (born between 1980 and 2000) in Australia have used their service. Not surprisingly, the instant approval policy skews Afterpay towards a younger demographic that is tech-savvy and credit wary, and whose financial experience is still developing. Some critics argue that younger consumers are more easily taken advantage of.

MyBudget founder and direct Tammy Barton says, “In our experience at MyBudget, people with multiple active Afterpay transactions are more likely to be in their twenties or thirties and have a history of using other buy now pay later services, or payday loans, or be in a debt agreement, which limits their access to other forms of credit.”

A 2018 Australian Securities and Investment Commission (ASIC) report found one-in-six buy now pay later customers were in financial trouble and more than half were aged between 18 and 32.

Tammy Barton says, “We’ve seen a growing problem where people already debt-stressed are opening Afterpay accounts. This is because Afterpay and other buy now pay later service providers skirt the rules that stop lenders from providing credit where it would be unsuitable.”

Our personal budgeting specialist designed a budget and payment plan for Joanne that factored in all of her expenses over the next 12 months. And as a MyBudget client, we were able to speak with Afterpay on Joanne’s behalf.

Our negotiators arranged for Joanne’s open Afterpays to be consolidated into a single balance, which helped to minimise late fees.

By sticking to her budget, Joanne knew that she would always have money for rent and living expenses, while her debts were affordably paid down.

With a budget to follow and MyBudget’s money coaches helping her, Joanne was also better positioned to break her buy now pay later addiction.

When using BNPL services, keep in mind that:

Our money experts can work with you to create  a free customised budget that’s yours to keep. Call 1300 300 922 or enquire online. 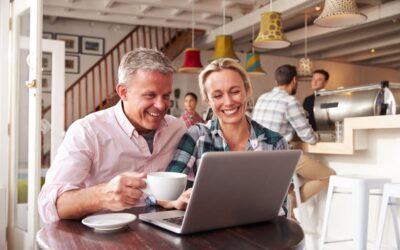 The pros and cons of using super to pay off debt

Is it possible to use superannuation savings to pay off debt? Is it a good idea? We look at the pros and... 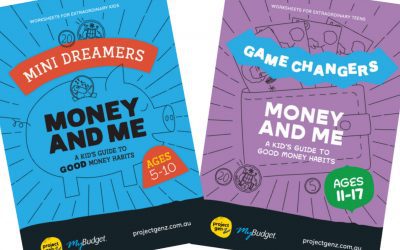 By Tammy Barton, MyBudget Founder and Director MyBudget is proud to partner with Project Gen Z in the... 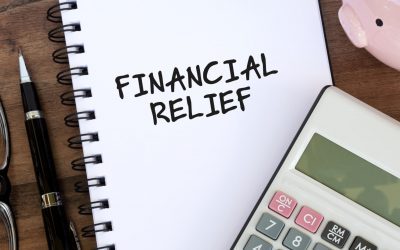 Covid financial relief one year on: what comes next?

With the 12-month anniversary of the government’s historical Covid-19 financial rescue package approaching,...